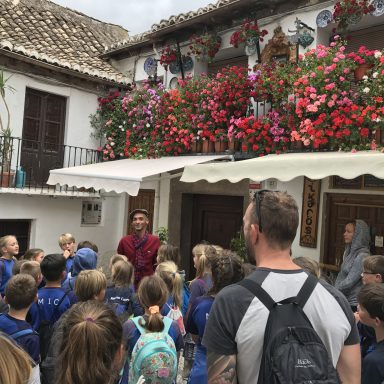 At the end of April the Year 5 teachers and children visited Granada. This is the second year that the trip has been organised and the children were very excited about spending two nights away with their friends.
The trip is set up to run alongside the topic of Spain that the children cover in class but allows them to draw on a wealth of other information while they are there. They visited the Alhambra Palace, The Parque de Ciencias and The Albaicín area of Granada. A great time was had by all.

The latest edition of RUMR - the Morna school maga

Thank you to all of the parents who attended the P

Year 6 enjoyed a fantastic trip on Friday to learn

Rehearsals are well underway for the Morna annual

The DofE students have hit the ground running, and

the Primary Morna World Cup has begun with the sam